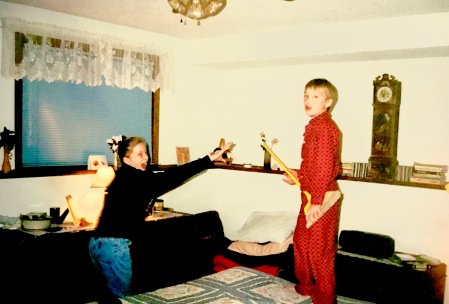 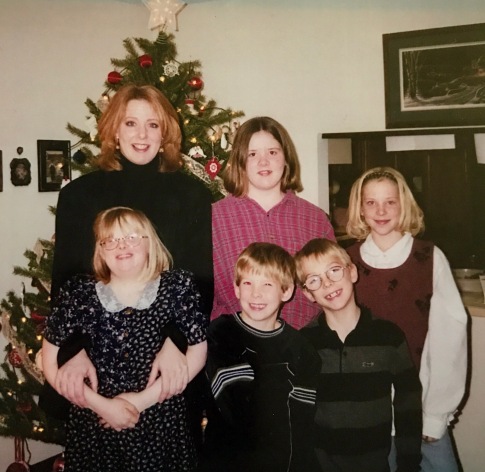 Watching my daughter, Serrah, practice the running man in the middle of the Kitchen, K-mart parking lot,  and everywhere we went;  had Maggie, her older sister, rolling her eyes constantly. I, on the other hand was trying, unsuccessfully to learn it with her. We were a constant threesome now, Serrah my roomie sharing my bed.  Maggie had her own room, as the girls were adamantly opposed to sharing a room. The other kids joined us on the weekends and mid-week visits for slumber parties. We were having fun, Maggie with her wit and sarcasm, Serrah with her silliness, Emily with her cuddles and sweet driveway basketball skills, Ben and Max being little boys who rode bike and played endlessly. They would come in out of breath, asking to go on their next adventure with Eric, the neighbor boy, and Alex with Clydie the tiny scruffy “trained attack” mutt. 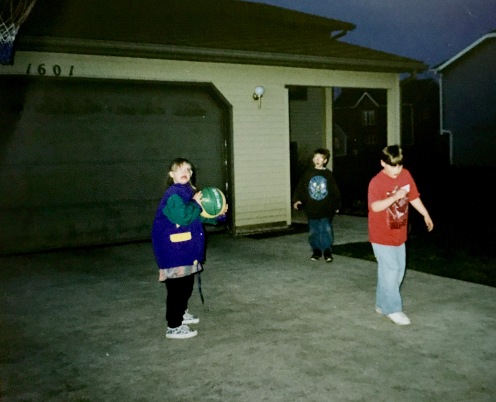 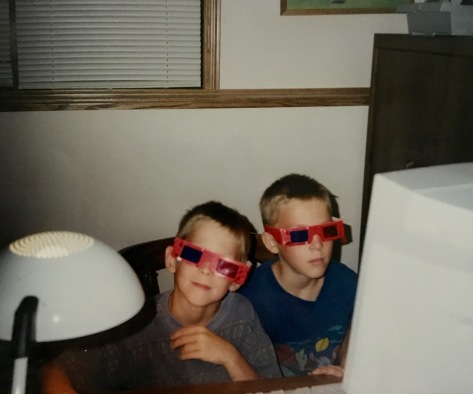 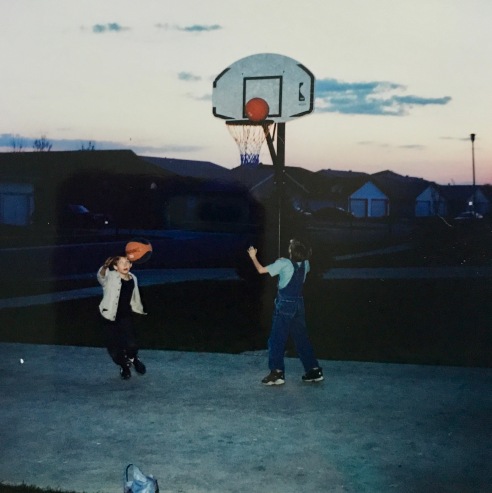 I worked and started going out with friends. We danced, and met guys who were kind enough to let me step on their feet. I learned to dance in the basement of our home with Dad and three sisters. Guess who learned to lead because I was the guy partner? Yeah. I often went to the black jack tables to avoid the creeps. I was single and not successfully mingling. I was often nervous and said ridiculous things at the worst times. Movies, well… to this day, no one wants to go to a movie with me. I always get the giggles at the wrong times; and am the chick who screams, because I’m the only one who doesn’t see the scary parts coming. If I were ever truly in a horror flick, I’d be the first one dead!  Some dates turned into second dates, but not often. Most of the guys I dated drove pickups and were just bad news. Of course there was the one who spotted the freckle at the end of my nose in the middle of Olive garden, and another who did the same at Kroll’s Diner. The wicked part of me wanted to mess with them by dipping my napkin in my water-glass and trying to scrub that obnoxious freckle off. The worst was the twenty-two year old drummer who picked me up, bought me a Snapple, and drove around for two hours making awkward conversation. At the end of the night he went for the goodnight kiss. (No…. Just NO!). I dated a pharmaceutical rep who was great looking, a body builder, took me on nice dates, and had great conversational skills. He still wasn’t to be taken seriously. I couldn’t see him in my future or the future of my children. Besides, dating a body builder put a lot of pressure on me. I was going to either have to join a gym or dump him. I did NOT join a gym. Ultimately, dating was a bust for me. 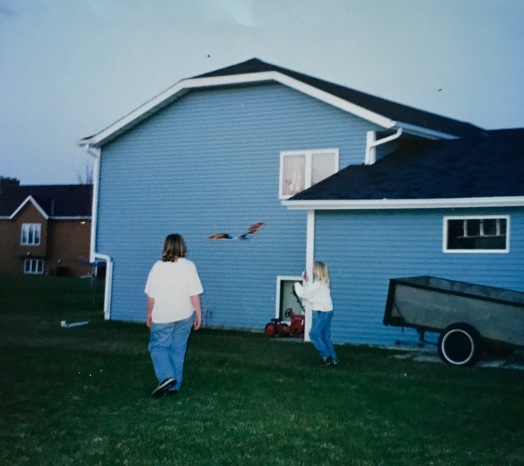 I still had my kids to raise and my job. I soon realized that I was done with the dating scene. I joined the church choir where there was a good-looking enough fella. He had a good voice and was funny. Choir practice was at the same time as Maggie’s confirmation class, so that part worked out well. Flirting in a church provided the most awkward attempts I’ve ever experienced. He seemed kind of interested; but ultimately, it was just forced really bad conversation. I lacked any and all charm in the church parking lot. I mean, come on,  was he going to ask for my phone number as my teen daughter and I got into my parents’ sedan? I truly was giving up. I did write one night what I wanted to happen, a prayer I guess.

And suddenly he will be there

In perfect step with me

And it will be as if

We had always been walking together

I had no Idea what that might yield, if anything at all. I did not, nor would I ever,  introduce my children to any of the guys that I dated. None of them were worthy of being their step-father or even having the privilege of knowing my amazing brood. Would someone be taking on a burden some day? I didn’t see it that way. If any man was truly worthy, he would realize how lucky he was to have us, playing broom guitar on the bed, having dance parties, playing driveway basketball, laughing our heads of at things that were barely even funny, and dancing like dorks in the parking lot of K-Mart! THAT was the total package.